I am a historian of early modern Britain and the British Atlantic World with a particular interest in transnational issues, including immigration, xenophobia, religious toleration, and state formation and identity. My research is driven by a desire to understand how moral perceptions becomes effective in action, and I explore what happens when moral purposes motivate political choices and when actors, in turn, declare themselves compelled by moral imperatives. My current project examines the late seventeenth and early eighteenth-century culture and politics of refugee relief. Through a comparative study of the English reception of Huguenot, Irish, Palatine and Salzburg refugees, I trace the development of England as a refugee nation, and the subsequent utilization of the Atlantic as a corrective to England’s refugee "problem".

Honor Thesis Advisor for Anabel Burke (2017): Refugees in Times of Reelection: An Analysis of Franklin Delano Roosevelt and Harry S. Truman’s Responses to Jewish Refugees During and Following World War II. Defended and awarded rank of “Outstanding” (reserved for top 5% of theses). 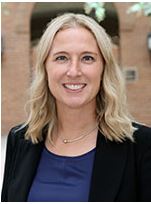